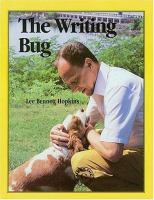 Noted children's poet Lee Bennett Hopkins recounts his life and describes how his daily activities and writing process are interwoven.

Lee Bennett Hopkins was born in Scranton, Pennsylvania on April 13, 1938. Hopkins' education was rather sporadic, since he often had to care for his younger sister while his mother worked to support the family. As a child, Hopkins read little other than comic books and movie magazines until a teacher inspired in him a love of the theatre and, subsequently, of reading. Though Hopkins did well in his high school English courses, he did not enjoy other subjects and his grades in those were poor. Still, he had decided on an eventual career as a teacher and after graduating high school he began classes at the Newark State Teachers College, working several jobs in order to afford his tuition. <p> After receiving his Bachelor of Arts degree in 1960, Hopkins began teaching sixth grade at a public school in Fair Lawn, New Jersey. In his third year at Westmoreland School in Fair Lawn he became the school's resource teacher. Through the principal at his own school, Hopkins obtained a scholarship to pursue a master's degree at the Bank Street College of Education in New York City. While working toward this degree, which he received in 1964, Hopkins continued as Resource Teacher at Westmoreland. In 1966 he took a position as senior consultant for Bank Street College's new Learning Resource Center in the Harlem area of New York City. Hopkins also began writing articles on children's literature and the use of poetry in the classroom, which were published in journals such as Horn Book and Language Arts. With colleague Annette F. Shapiro he wrote Creative Activities for Gifted Children, his first book. In 1967 Hopkins received a Professional Diploma in Educational Supervision and Administration from Hunter College of the City University of New York. <p> Racial tension following the assassination of Dr. Martin Luther King, Jr., in 1968 forced Hopkins and others to reluctantly leave Harlem. He then secured another position as a curriculum and editorial specialist at Scholastic, Inc. Hopkins' career as a writer progressed; more than two dozen of his books were published during his eight-years at Scholastic. In 1976 Hopkins quit his job at Scholastic in order to become a full- time writer and poetry anthologist. He has written or compiled more than seventy-five books for children and young adults, in addition to his professional texts and his numerous contributions to education and children's literature journals. <p> Apart from his many poetry anthologies and professional texts, Hopkins has also written young adult novels, children's stories, and non-fiction books for children. He hosted the fifteen-part children's educational television series Zebra Wings, and has also served as a literature consultant for Harper and Row's Text Division. Hopkins has won numerous honors and awards, including an honorary doctor of laws degree from Kean College in 1980 and the University of Southern Mississippi's Silver Medallion in 1989. His poetry autobiography, Been to Yesterdays, received both the Christopher Medal and a Golden Kite Honor. He has also received awards from Booklist, School Library Journal, The New York Times, The American Library Association and the American Booksellers Association. Hopkins founded the Lee Bennett Hopkins Poetry Award presented annually since 1993, and the Lee Bennett Hopkins/International Reading Association Promising Poet Award presented every three years since 1995. Lee Bennett Hopkins passsed away on August 8, 2019, at the age of 81. <p> (Bowker Author Biography)